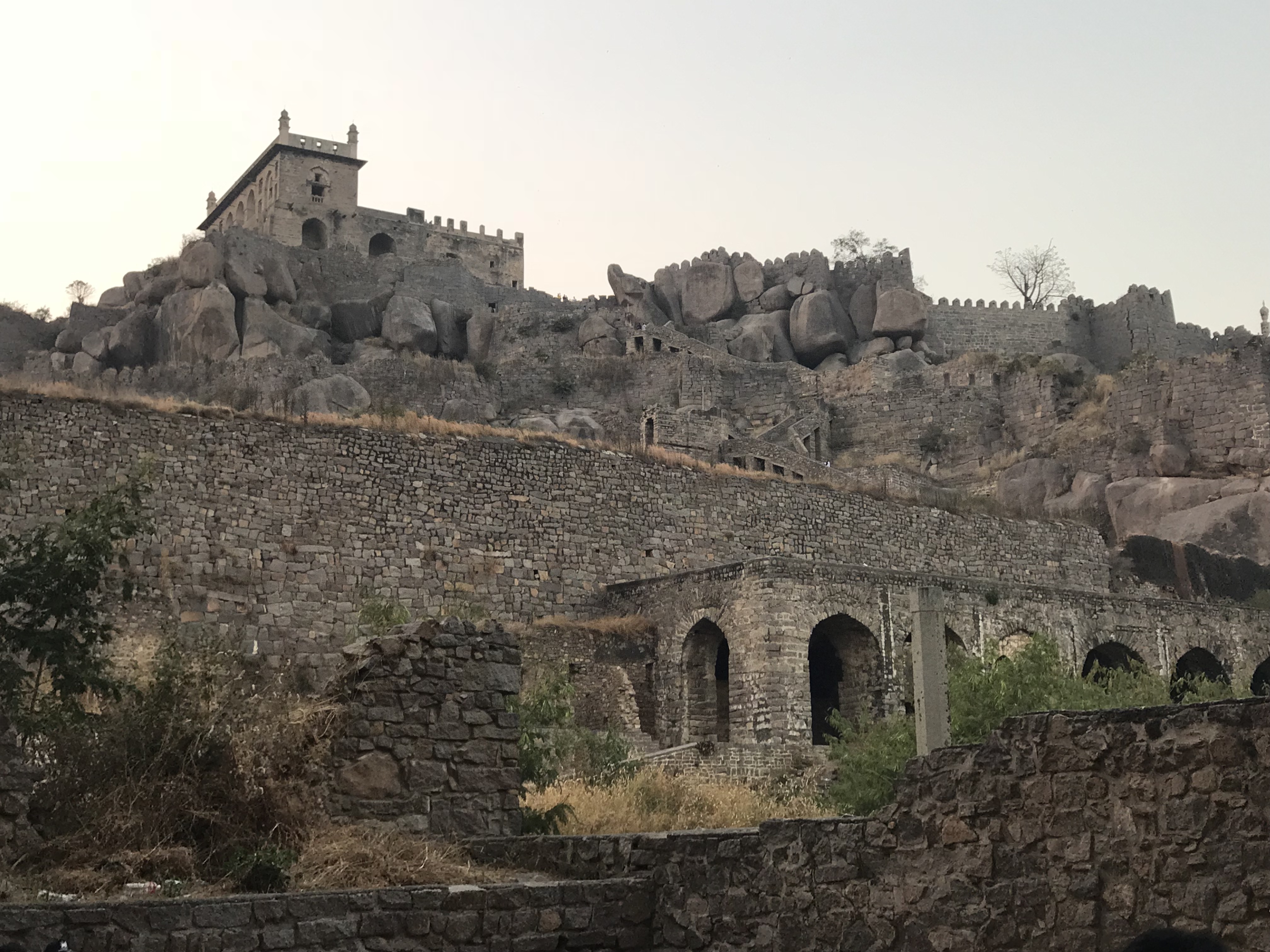 A trip to Hyderabad is incomplete without a visit to the famous Golconda fort at the outskirts of the city. Capital during the Qutb Shahi dynasty, the diamond mines from the region have produced some of the world’s best diamonds, including the famed Kohinoor, now adorning the crown of Queen Elizabeth in England.

The original fort made of mud slabs was rebuilt several times over by the Kakatiya dynasty and later by Rani Rudrama Devi. Later the Nayaks took control of the fort defeating the Tughlaqi army and subsequently ceded to the Bahmani Sultanate as a part of a treaty in 1364. After weakening of the Bahmani rule, their governor Sultan Quli established his own dynasty and fortified the fort. in 1590, the capital of the region was shifted to Hyderabad, 11 Kms away.

Mughal emperor Aurangzeb laid an eight-year-long seize of the fort in 1687, leading to the ruin of the fort. The fort has bastions, drawbridges, royal apartments, mounted canons, mosques and temples. The main entrance ‘Fateh Darwaza,’ or the victory gate is fitted with iron spikes to deter and repel the attacks from enemy elephant brigades. A hand clap to warn from the gate can be heard at the ‘Bala Hisar pavilion,’ somewhere up above to warn the royals in advance.

The unmatched magical acoustic system was matched by an efficient water distribution, with seven ponds/wells and water transportation from lower levels to the royal apartments on the top, like the one I had witnessed in Lucca, built by the Romans. Praiseworthy is also the excellent ventilation system as the royal durbar hall was cool, despite the blistering sun outside.

The gate has a huge iron weight that had to be lifted for being qualified for employment inside, as it required high stamina to sustain the steep 370 steps, carrying heavy loads. His minister Ramdas, incharge of collecting levies from the subjects allegedly built a temple with a portion of the taxes collected resulting in his imprisonment inside the fort for 14 years.  Ramdas chiselled several deities and worshipped in his prison, which still is revered. There is a Mahakali temple and a ‘Do-Minar,’ a two-spired mosque, on which the famous Charminar was also styled.

The guide for us was humorous and never failed to repeat the 360 wives of the sultan several times, left me to wonder, what were those five special days when he abstained from the company of his mistresses! The guide ended as a matter of fact, “the Qutb Shahi dynasty ended in domestic quarrels.”