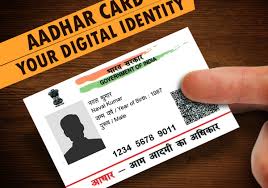 I peeped out of my keyhole to see the strangers at my neighbour’s door. Valiantly they exclaimed that the visitors were surveyors from the government for Aadhar. I thought it will be my turn next as many months passed and my worry growing and gnawing my every nerve. Was I disenfranchised? The dreaded National Register of Citizens was not even whispered then.

I suffered silently as a second-class citizen, though not knowing what all privileges could I be losing for want of Aadhar. The sun shone brightly in my life as the big advertisement in the newspaper urged all citizens who were not included in Aadhar biometric to rush to the Municipal office. We are not a large family, me, my wife, daughter and my son and never thought it was as difficult to assemble together in the morning hours. My daughter would not wake up, and the principal from my son’s school had to be explained about what Aadhar registration process is, which she listened with a stony face, finally deciding that I write down all in detail, but as short to seek a few periods off.

My visit to the Municipal office has been minimal, but there was already a crowd early in the morning. Sad faces all around, excepting the tea seller, who could make a few extra bucks that day. The touts were out in the open with competitive offers, which included filling up of forms, which they alone would understand and then the photo session for the biometrics. What is the number of the nearest lamppost to your residence, mocked one question? I could see sadistic bastards behind some filthy government table, chewing pans and spitting below their feet, who have conceived such irrelevant questions chuckling their way to death.

I met my friend, a Municipal Councillor, who pointed at me and whispered to her colleagues, as we moved ahead like magic to complete our essential duty of applying for the Aadhar. I also recall going to the mobile provider, who threatened disconnection if my sim card is not linked to Aadhar and queued up there too. Suddenly the idiots sitting and sharing one table, who I would never hire my life ever, had become more potent than the immigration officer at the exit gate of the airports. After two hours of wait, they kindly exempted me as my mobile was registered in my company’s name!

My bank was the next. I had to link my Aadhar or else…! I ran like mad fearing confiscation of my little monies lying with them. I see suddenly the courteous staff, who used to greet me were pretending to be busier and heavier. It was all about Aadhar, they could do and undo my fate with the snap of their finger.

Meanwhile one day the envelopes arrived for all the three members of my family, sans mine. I thought I would go to a psychiatrist to analyse my new-found sleep disorder. It did come a few days later though. It was boasted that the data was secret, embedded into the undecipherable QR code. In reality, the data from Aadhar stumbled and collapsed like the bridges in Bengal and were available for less than the cost of a cup of Starbucks coffee.

What is there to steal when I have no money or brains, I assuaged myself, having gone through the entire rigmarole of registering and linking my Aadhar with any and every service provider when I hear the Supreme Court decided that Aadhar is mandatory and is not compulsory? I want to smear black ink on many, who caused an enormous dent in my self-esteem and made me feel like a second-class citizen for months together.