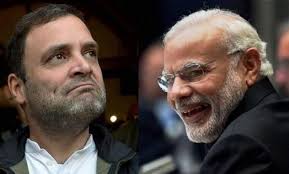 Each party or the two major alliances to be precise, the NDA and UPA, are already claiming victories through media houses, which seem to be biased and more significant than ever seen. The newspaper like The Telegraph and the TV channel ABP Ananda, which were totally Mamata bashing during the previous assembly elections, have taken an abrupt U-turn and are bashing Modi and his party now. Both the extremes seem terribly distasteful and unpalatable from the point of a right to the neutrality of news for the ordinary citizens that include me.

Search for a scoop, and investigative journalism of a terrible disorder seem to be the order of the day, dishing out filth in the senseless high-pitched TV talk shows. As for the voters are concerned, we seem to be taking corruption and thievery by the political leaders as our least concern, compared to divisive manoeuvres by the ruling party. More than Rs.300 crores of currency have been seized by the enforcement officials, rubbishing the big claim of an end to all black money with the demonetization exercise.

I have several times written about poor job creation, which seems to haunt the government, though the opposition seems to find a leucoplast remedy with an Rs. 3.6 lakh crores per year anti-poverty dole. Has anyone or any single party talked about their plan to provide jobs? No, because new employment is going to be rare and rarer in times to come. Has anyone talked about the need to tame the population growth? None, because they want a dumb electorate to run after freebies and keep voting for them.

By admitting shady characters into their fold, BJP has blown away their ‘clean image’ and have proved that they are yet another party in the fray to win at all costs. It is a sad state of affairs for an average Indian, who is swayed by his love for the country, fear of God and worries about basic sustenance.

This election is not historical or epoch-making. It will not change India from the ills of divisionism and political hatred, from the untouchability and the increasing pressure on the poor, middle class, the farmers and the economically weak. Right now, we are given a choice of the dynasty with questionable credentials on the one hand and an intolerant clique on the other, like a devil or the deep sea.

Only when things get even worse, will rise a saviour to set things right. It’s illusory hope at the end of the tunnel, which eggs us to inch our way forward.