Between a devil and the deep sea! 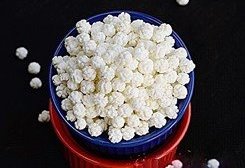 The first phase of elections is over, and another six are to go. People slowly seem to be getting fatigued by the repeat plethora of promises and the accusations. Surely, never in independent India, the PM has engaged himself in this kind of micro-management of poll meetings, reportedly slated to address 500 poll-meetings in all.

Elections were a day’s affair, and the need to hold ‘free and fair’ elections have necessitated movement of central security forces across India in phases, revealing the hollowness in the rhetoric that we are the largest democracy. There have even been scuffles between central and the state police force in West Bengal, exposing the increasing breakdown of law and order.

The election commission is busy filing charges of poll conduct violation by many leaders from all the parties, a few breaching all civility in ascribing the army as Modi’s, and many invoking religion or gods, the most popular being drawn into reference is Ram as usual. The opposition has not tired itself by calling the PM a thief, on charges yet to be filed or charged over the procurement of defence aircraft. A letter purportedly written by former army bigwigs is promptly denied by the first signatory and many others! All in the game generals, it’s poll time and a different war-game!

Money confiscated over raids and intercepted in vehicles moving into poll-bound areas reveal the continuance of the influence of black money to induce voters. The enforcement directorate seems to be working overtime, selectively raiding the opposition-ruled states in full media glare. I wonder, why no tip-off comes over similar violations in the BJP ruled states. Nonetheless, the money, held under the cots of the politicians seem to be out in circulation, which may augur well for our GDP growth.

As the D-day comes closer, many governments are bending backwards to bestow the highest awards on our Prime Minister. My heart too swells with pride, but my curiosity leaves me wondering, why all the hurry? Do these countries also worry about a tough fight and a non-return of PM Modi?

A green laser pointed on the temple of Rahul Gandhi quickly erupted into charges of attempts of the leader’s life, but it seemed that it was merely from a lens man’s cameral Congress president reacted with alacrity, fielding Vadra today, who could now be addressing meetings on behalf of the party. I see him waving to crowds from the open truck, together with the Rahul and Priyanka, and am happy that the party’s future is more secure than ever in the hands of Gandhi’s.

I also wonder why none came up to slap Kejriwal, as usually is always done during his election rallies and why the failure of the air-conditioner in Mamata Didi’s room is not quickly exploited as an attempt on life by the Centre? Probably the wolf story has been overused and stale now. There are poll clashes, and I love my car, which has a stock of all the party flags hidden below the seat, for you know what, while I drive snooping around! Before I end, I must complement Didi’s Anubrata Mondal for bringing Bengal on the world map with an unsigned letter purportedly from California, US, hailing the virtues of ‘Nakuldana,’ sweet sugar balls! The Finance Minister of West Bengal is already counting the chickens and the growth of GDP from the sweetener industry!