Fear is the key! 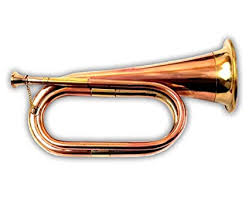 Every time I decide not to write on politics and elections, I am being pushed by an urge to write what is in mind. The second phase will be on the 18th of April, soon after the celebrations of Hindu New year are over in many states. The choice for India seems the better of the two, which may not be the best, as in most cases around the world.

Seldom is seen statespersons, like Jacinda Ardern, who after a gruesome mosque shooting which left 50 praying people killed swung into action, consoling the kin of the dead and banning assault rifles from their nation expeditiously. I could add the German Chancellor, Angela Merkel to the list for her kind disposition towards the oppressed and the minorities and showing great statesmanship.

Our case seems different, plunged into depths unseen before with every leader swearing at each other and calling names, creating new lowly benchmarks every moment. The three pillars of our great democracy from an earlier legislature, executive and judiciary now seem to have transformed to religion, fake news and trolls, spreading its tentacles viciously threatening the fabric of our democracy.

I wonder if the leaders, for example, CM Mamata Didi and a re-elected PM Modi will ever be able to sit across to resolve issues if Rahul will yet again be able to hug and wink at Modi? They seem to have sealed such possibilities unless memories are short and skin thick! It looks a do-or-die for Rahul, who appears to bank on the ‘Chor’- thief, to describe Modi at every meeting, which he has been unable to prove until now.

Be that as it may, the scorching April sun seems to be a funny leveller to all leaders, and in particular cosmetic laden and Botox treated matinee idols. One escaped merely by stating that, despite tirelessly toiling at her parliamentary constituency for the past five years, she doesn’t recall any good deeds done, perhaps to save her defiant jaws failing to co-operate, because of repeated cosmetic procedures! Every leader seems to have shed a few kilos, tanned and turned humble, hiding away from the torment of the Sun.

Roberto seems to have the last laugh, clad in khadi and stealing the thunder. The days of his ‘frisk-free,’ entry into flights may not be far off! Don’t ask me if I am serious, the phrase has been copyrighted by Robert Vadra.

We, the people, may have no role to play, but to merely stamp on one or other, who will get fatten by the end of another five years. The juggernaut will move on. Before ending let me share a secret, the weather office forecasts that there are no more storms on Met radar in West Bengal (today’s TOI). My radar has a different forecast!