The twists and turns in Maha Jalebi! 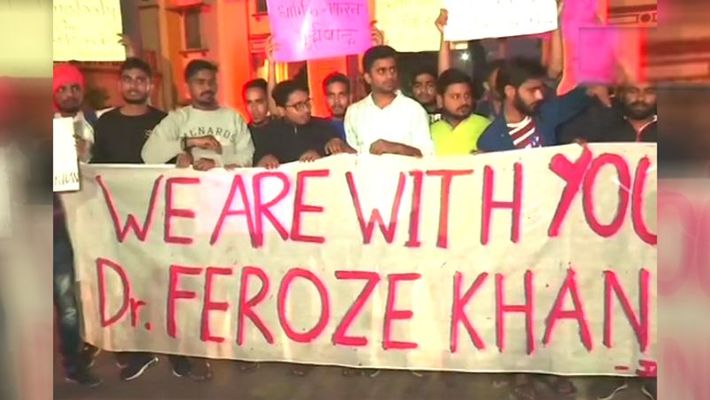 Severe protests have erupted over Firoze Khan, a Sanskrit scholar, selected as a Professor based on his qualification and found best suited for the post. He was trained in “Pathshala Padhyati” in the traditional way of teaching Sanskrit.

The most famous temple in Tiruchirappalli, Tamil Nadu is at Srirangam, where Vishnu as Ranganatha is lying down on a bed of Adisesha. It has come under relentless attacks during the Muslim rule. There is a special place for Surathani the daughter of Malik Kaufer, the General of Sultanate forces. She is worshipped as Tulukka Nachiyar, Tulukka meaning Moghul, and Nachiyar- princess, who helped the return of God’s idol, which was taken away by her father. The event was in the fourteenth century.

Hindu kings ruling Tamil Nadu have helped build Mosques for the visiting Arab spice traders in Keezakarai on its southern coast. Cross-fertilization of culture and religion happens all over the world, which are witnessed with the Indian diaspora spread all over. The Churches in Kerala have adopted several Hindu practices, right from installing a flag mast, to breaking coconuts on auspicious occasions. Tying Mangal Sutra during Christian weddings is frequent.

It is not uncommon for a few taking liking to a language or a few customs. Sai Baba is a classic example, believed to be a Muslim, his Samadhi is in Shirdi, visited by devotees from all religions. The political manifestations dividing or distancing people based on religion is sad and must end.

We have had Muslim presidents, governors and many scholars. We do not discriminate Muslim film personalities and sportspersons. It is therefore surprising as to why a few should object to a Muslim professor teaching Sanskrit. The link of the old language with West Asia is worthy of study, to improve our understanding and tolerance.

The plurality of our nation should not be withered away. I congratulate the BHU authorities in standing firm and not yielding to the displaced passions.