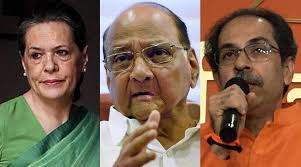 India energised during the 2014 elections, buoyed by the promises by Modi, the prime ministerial candidate of the BJP. Giving a clean administration and removing corruption was the mainstay of his poll campaign. Like all others, I too expected him to usher a new era of a matured democracy and different governance.

The intervening years between 2015 and 2019 have changed some of the perceptions. BJP now has become like any other post-independence Indian political party, never hesitating to sacrifice its supposed different and high standards for the sake of power. The slips were evident while BJP aligned with the corrupt Dravida party in Tamil Nadu, in the return of Yeddyurappa in Karnataka, in engineering a total defection of the opponents in Goa and now teaming up with another steeped-in-corruption party, the NCP.

The need to cling to power has never been more apparent than as seen in the Maharashtra episode. Not only the BJP failed to retain its 30-year-old partner Shiv Sena, but it had also allied with Ajit Pawar, who is under investigation over the Rs.70,000 crores irrigation scam. The urgency and quickness in the formation of the government was a slap on the face of Shah, equated as the Chanakya of today’s politics.

BJP is making severe mistakes, in comprising with its promised ideals for the sake of grabbing power in Indian states. The corrupt are no more inadmissible into the party if they can add numbers to the seats, as has been witnessed in West Bengal and elsewhere. They have significantly eroded the image of the party.

Unemployment rates are a high of 9.5% as job losses will erase love for any isms. Talk of identifying and closing down 3 lac illegal companies, though timely, have no meaning to hungry bellies of jobless youths.

2024 is not a cakewalk for the BJP and could face severe challenges from the new compromises between the opposition, where immiscible ideologies have settled down for peaceful coexistence. Their singular objective to defeat BJP by any means. The success of the opposition parties in providing a stable government in Maharashtra will promote such daring experiments in other states as will their collapse consolidate the growth of BJP.

Like all other Indians, I am waiting to taste Maharashtra’s new recipe of ‘Pav-pasta’ with interest!