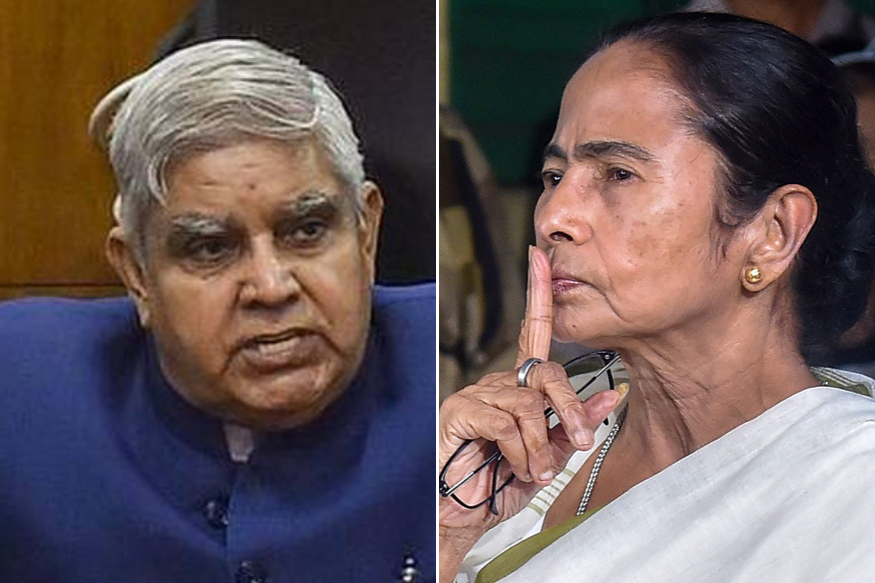 The Governor of West Bengal Shri Jagdeep Dhankar, duly notifying the authorities in advance, visited Calcutta University yesterday. Neither the Vice-Chancellor, Smt. Sonali Chakravarti Banerjee, the Pro-VC (Academic), the registrar nor any other senior officials were present on the premises. The Senate meeting to discuss the conferment of D.Litt to Nobel Laureate Abhijit Banerjee stood cancelled as well. A lock hung on the doors of the VC’s office, rattling the Governor. The Governor set up an impromptu office with a hurriedly provided chair and table in front of the locked VC’s office, where he held a press meet and left.

It has been no different when the Governor had earlier visited Siliguri, Singur, Hasnabad and Sandeshkali, where the senior state officials went into hiding and the perturbed Governor promising to visit all the districts in due course of time.

For the State, this Governor is a member of BJP, though his past connections with the party should not interfere in discharging his constitutional duties impartially and neutrally. West Bengal political leaders never had a cordial relationship with most Governors, who are perceived to be plants of the Central Government assigned with the primary duty to dislodge elected governments. Interestingly, the State and the Central Government have continuously been at loggerheads for nearly five decades. Therefore, the mistrust is historical, which has been inherited by the present government too.

Relations with the Governor and the State political leadership went for a deep dive, with the former drove down to Jadavpur University to rescue a confined Union Minister of State, Babul Supriyo a few weeks ago. The Governor was unperturbed and his stood ground on various acts of humiliation by petty officials, who would boycott him during his visits to wherever in the State.

Yesterday’s planned absenteeism at the University by high ranking officials show a steep low in the traditional high culture of Bengal. Political leaders may state whatever, that the Governor is merely a constitutional head and cannot take over executive functions by visiting each University. The rule books have not barred the Governor, who is the Chancellor of all the Universities (I guess, save Vishwa Bharati in which the Prime Minister of India is the Chancellor) to visit any institution at his pleasure.

Surely the Vice-Chancellor must be doubly worried about her husband as a senior bureaucrat in the Government of West Bengal as well, who should in no way stand embarrassed. Everyone tries to keep the top leaders happy or never unhappy with pathetic sycophancy.

The Governor, a former member of the Supreme Court Bar, is knowledgeable about the constitution, which he often reminds, adding that he is no rubber-stamp or a post office to approve bills without going through them.

It is statesmanship to wave a white flag, without engaging in a meaningless battle with the constitutional head. Closing the door of communication or humiliating him will not benefit the State in the long run.

Is anyone listening is the million-dollar question!