She has arrived, Durga! 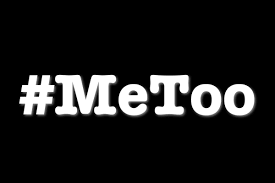 Human society is continuously evolving, forever setting trends, be it good, bad or evil. Such patterns these days tend to spread very fast, thanks to social media. One of the off-shoots of such a trend is oppressed women opening up against predator men, colleagues, neighbours, tutors et al.

A Hollywood actress dared to publicise molestation by a famous director Harvey Weinstein, which snowballed into a ‘#Me too’ movement, with 80 women opening up and sharing their horrid moments with the predator. The Director was shamed and shunned and might spend all his fortune for fighting cases and yet end up in prison. The same has been in the fact of the famous comedian Bill Cosby, who has already been already sentenced and several men in the film industry could follow him.

Escapades by the high and mighty have been food for tabloids at best, but the society had not much bothered about it earlier, brushing the allegations under the carpet labelling them as ‘perils of the profession.’ A classic example is of an editor of a famous investigative journal, whose case has been going on for several years now.

The ‘#Me too’ now has spread to India as well. Casting couch is not new, and periodically they come to light, though soon forgotten by the overbearing political scams and scandals. One actress has raked up a ten-year-old case of harassment against a male lead actor, considered to be a heavyweight in the Bollywood. Soon, as the dykes opened from an overflowing dam, various complains have started pouring in against, co-actors, directors, producers, sports persons and of course politicians.

One Union Minister, an ex-editor of a famous newsgroup, has primarily come into focus as many have raised their fingers exposing the misdeeds of the minister. The government cannot be dismissive of the allegations on the premise that he wasn’t a minister at the time of the alleged misdemeanours. He has to step aside or should be forced to quit until proven otherwise.

The #Me too movement itself is a game changer for all women in India, providing now and in the future a cloak of protection unavailable until now. Every prowling man will be wary of the future consequences and resist his momentary cravings. The social media as a weapon has undoubtedly contributed to the welfare of the society in no uncertain terms.

Having said that, it may also be a bit lopsided to conclude that men alone could be the predators or perpetrators of the attack against the modesty of women against their will. There could also be women, who are bitchy and wanting to settle scores with men for entirely different reasons. One can imagine the plight of an innocent man, whose life could be devastated by a wily women’s false accusation. A few black sheep does not make the herd black and there are many decent men who would vouch for my statement!

Regardless of such minimal aberrations and trendy exploitation the #Me too movement has dealt a deathly blow to the exploitation of women, particularly in workplaces, which is a welcome situation.

It was not without reason that I missed out ‘godmen!’ They are heterosexual and are capable of molesting all genders.