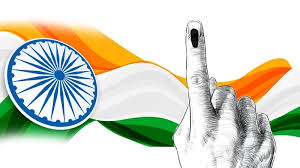 By 10 pm today the public election campaigns in West Bengal will have to end, which is 24 hours ahead of the usual stipulated period. The election commission wielded its power under Sec 324, for the first time in such a premature end to campaigns, severely criticizing the Home Secretary for his interference with the poll commission and relieving him of his duties. It also promptly removed the ADG-CID Rajiv Kumar and ordering him to report to the Home Ministry at 10 am the very next day to take up his new assignment.

All these are a sequel to unprecedented violence during the roadshow of Amit Shah, the president of BJP the day before yesterday. Brickbats hit the rallyists, and the rallyists hit back in a free for all. In the process, some miscreants broke the bust of Vidyasagar, each party claiming the other for the vandalism.

My take on this has been straight and straightforward. The roadshow shouldn’t have been permitted at all. Having allowed the roadshow, it was for the state police force to maintain law and order and to avoid any untoward, which they have grossly failed to do so.

The CM gave a passionate speech to Vidyasagar episode as an onslaught on Bengali ethos and pride. There has been such incidence of vandalism of statues of Vidyasagar, Asutosh Mukherjee and Raja Ram Mohun Roy, why even Tagore and Netaji in the seventies, by political outfits, when BJP was not even in existence. The perpetrators do not know history, which is now relegated or re-written, obliterating the glorious past with the lusterless present. Anyone regardless of the political affiliation, who have indulged in such a riotous act must be brought to book. The missing evidence must be tracked, and severe punishment meted out without delay.

There is also the noise of ‘outsiders’ who have arrived to foment trouble. It is sad, though when the highest elected office bearer also has to state so. West Bengal has long become dependent on outsiders, people from Bihar and UP to work as labour, from farms to jute mills; from Odisha as chefs and priests; above all minorities from Bangladesh who are spread-out everywhere, post the Indo Pak war of in ‘71. There are people in West Bengal from every part of India who constitute to the Indianness. Unlike in a few other states, Bengal has been unhesitant in embracing all as their own and has been a citadel of peace.

The idea of seven-phase elections spread over a month and a half was, in my opinion, faulty, and has to be reviewed for future avoidance. This will prevent movement of hired crowds from one place to another.

It is also sad, when some become parochial, limiting their thinking and lives to Modi, and thus miss out the overall fall in social and moral values. I wonder as to why the social network was sleeping during the last Panchayat polls when courts had to admonish the state on a ‘now-or-else’ threat.

With the Election Commission, the investigative agencies, the paramilitary under the direct control of the Central Government, is it possible to hold a fair democratic election in the country, is a serious question to be addressed to.